This edition of Wedding Corner celebrates 25 years of marriage for David Chemla ’87 and Gina Valle. 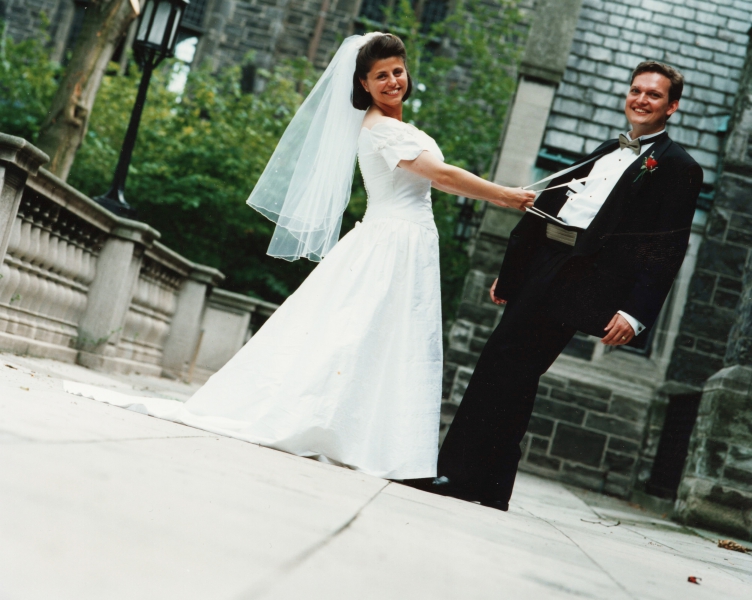 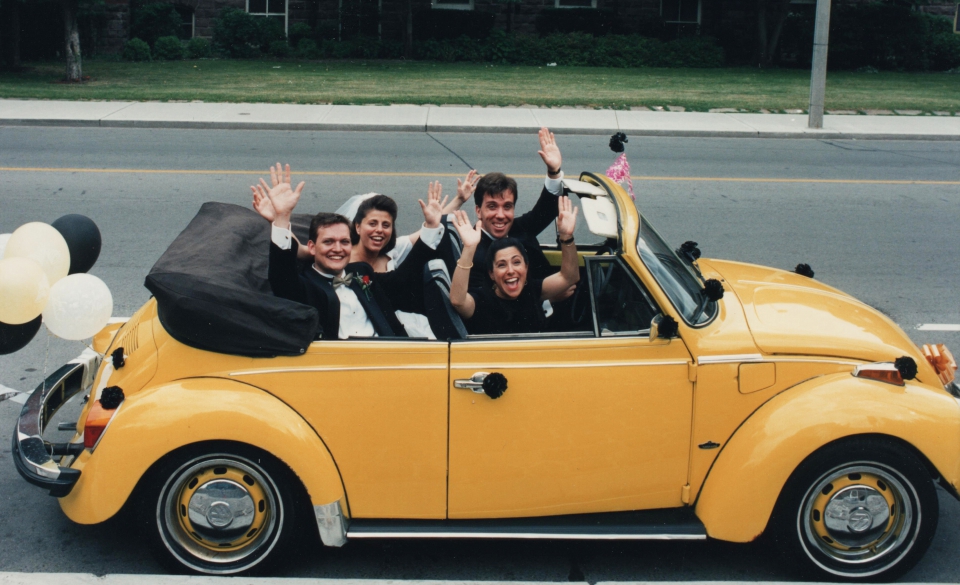 Speeding off in a VW bug 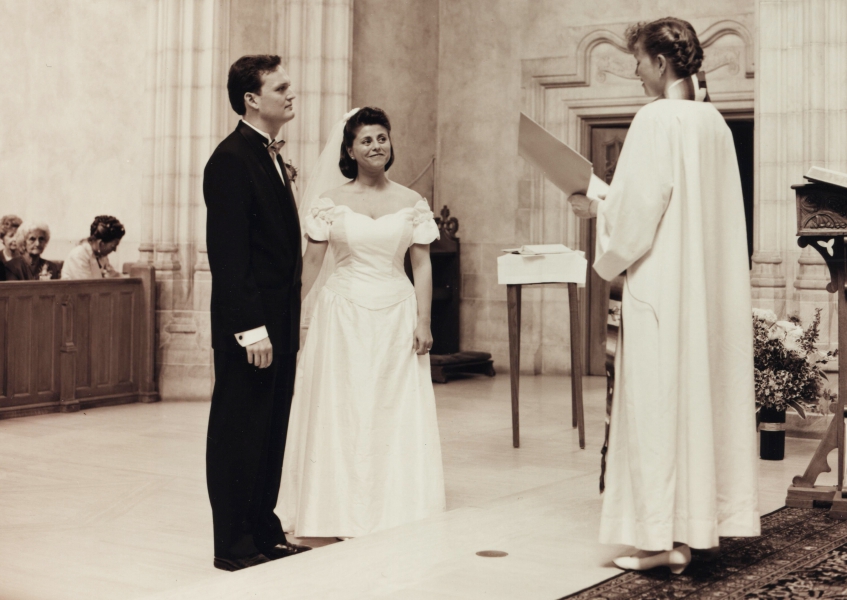 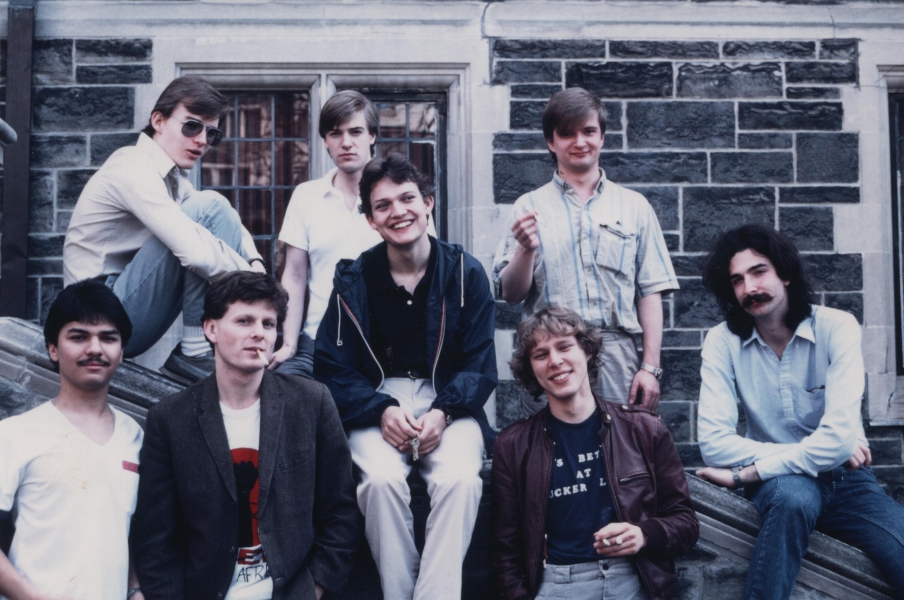 Trinity College remains one of the most memorable experiences in David's life, largely due to friendships he formed there.

Who: David Chemla ’87 and Gina Valle

Where: The Trinity College Chapel

As a graduate of the class of 1987, David Chemla felt it was only fitting that he try to find a way to make Trinity a part of his wedding celebration in 1994. When his fiancée, Gina Valle, visited Trinity, she immediately agreed that their vows should be exchanged in the Trinity Chapel. The challenge that lay ahead was convincing Gina’s Catholic parents that a female United Minister in an Anglican chapel was going to make for a perfect wedding. After a bit of to & fro, it all worked out.

In honour of David and Gina’s family and cultural norms, the grandparents, siblings and parents walked down the aisle, as a show of support for the soon-to-be-married couple. David and Gina wrote their vows and the readings were in French, Italian and English. As the service came to an end in the majestic Trinity Chapel, friends were waiting outside to blow bubbles of well wishes for the newlyweds, before they sped off in a friend’s convertible Volkswagen bug. David’s time at Trinity College remains one of the most memorable experiences in David Chemla’s life, to a large extent due to the friendships he formed with (amongst others) Dana Baars ’87, Adrian Cloete  ’87, John Graham ’87, John Moffatt ’87, Jeff ’88 and Natalie (Watson) Rogers ’88, Michael Varga ’87, Stephen Worotynec ’87 and Georges Whalen (Trinity Don at the time).

Starting his married life at Trinity Chapel sealed the deal, not only with his new wife Gina, but also for his appreciation of the years he spent at Trinity.

–By David Chemla and Gina Valle

← Nota Bene
Secret Spaces and Hidden Places – Then and Now →