How like-minded alumni, students, staff and faculty are
propagating sustainability at Trinity

It is not uncommon for the seed of an idea to grow into something bigger at Trinity. The College, its students, community and administration have regularly proved an ability to cultivate goals and sow ambitions, seeing them through to the point of realization. And sometimes those ideas bear literal fruit (tomatoes, to be specific).

Venture on campus these days and you might be struck by a certain buzz, apart from the usual thrum of energy around the College. It’s not something you can necessarily see while traversing the Quad or shading yourself in the stacks at the Graham Library, but you can feel it and, if you listen carefully, you can hear it. And if you can finagle a bird’s-, or rather, a bee’s-eye view of the roof of the North House of the Munk School of Global Affairs and Public Policy, or are lucky enough to be invited up by its gardener extraordinaire, Nathan Postma ’18 (Environmental Studies and Socio-Cultural Anthropology), you can experience it.

It’s an oasis of calm on campus. A small, fertile landscape created on a bedrock of, well, drainage stones and tarps. A collection of lovingly, dutifully and analytically tended auto-irrigated pots of vegetables, herbs and pollinator-friendly flowers. Trinity’s very own rooftop vegetable garden.

As gardens are prized for bringing people together, it’s only natural that this biodiverse environment stems from the efforts of diverse talents, including its chief advocate and green thumb, Postma.

In 2017, professor John Robinson ’75 approached Assistant Provost Dr. Jonathan Steels (both are members of the Provost’s Environmental Protection Committee at Trinity College) with a simple question: Were there any environmental issues at Trinity that Steels wanted examined? Robinson is not only U of T’s Presidential Advisor on the Environment, Climate Change and Sustainability, and a Fellow of the College, but he also teaches U of T’s fourth-year Living Labs course. In this class, he asks his students to research and propose solutions to environmental issues on campus. Steels posed the question: Would it be possible to grow food on the rooftop of an old building on campus? And, if so, how?

“The issue brings together so much that is important to student life and the College right now: lowering carbon footprints, accessing healthy and nutritious food, nurturing health and well-being. This work allows students to take time to unplug from the stresses and demands of study and engage with their food and the environment in a hands-on way,” says Steels, who has some personal bias for the project, having worked on a farm and as a passionate gardener.

“We have a long history of bright and motivated students who go on to become influential leaders. The idea that sustainability becomes a core value that students take with them in their careers and lives is so critically important in this era of climate change.”

Trinity students Postma, Emily Shaw, Emily Neeson and their peers dug deep into the issue, and ultimately submitted a proposal for the green roof to Steels. Not only did the proposal win the support of Steels and the College, but the group also won $5,000 from Trinity’s food service provider Chartwells. This past year, Trinity’s Student Capital Campaigns Committee approved the garden and any associated projects, and the funding was confirmed by a vote at the Trinity College Meeting. The project has also garnered donor support.

Having devoted countless hours as a volunteer and volunteer coordinator while getting the garden project off the ground, Nathan was recently hired over the summer to help get this project off the ground. In addition to his work on Trinity’s Munk North space Nathan will also help research other opportunities for the College to purse.

The rooftop garden began as a small pilot project during the 2018 growing season staffed entirely by volunteers.

But this isn’t Trinity’s first roof top garden. In 2007, the Trinity Environmental Protection Committee proposed a green roof for St. Hilda’s College. With the financial support of the class of 1958 and the Student Capital Campaign Committee, a beautiful roof top garden was installed the following year (see “Secret Spaces Part 1” for pictures of the St. Hilda’s garden). And in 2017, Trinity student Mbonella Phiri-Nkomo grew tomatoes and peppers on the roof of St. Hilda’s, paving the way for the most recent iteration of green roof space on campus.

In its first year, the harvest was small but significant, proving it was indeed possible to grow vegetables on the roof of one of Trinity’s historic buildings. And while most of those few early yields were consumed by the project team or given away, both Postma and Steels see the potential as the project expands, this year and in the future. The rooftop bounty could be the basis for a “welcome back” dinner, given to commuting students, used to help address the issue of “urban food deserts” or sold back to Chartwells as hyper-local produce that could then be served in the dining hall.

The latter prospect, in particular, excites Postma. “Universities have leverage because we purchase so much food. Promoting more local, sustainable food procurement and getting students interested in that is great for the environment, keeps money in the local economy, and the food tastes better and fresher.”

For all the talk about 100-kilometre diets and eating local, it doesn’t get more local than the roof over your head.

“The garden offers the potential to reconnect people with their environment and food, and to reimagine these idle urban spaces. As interests in environmentalism and sustainability become mainstream, projects like these give people optimism and helps them see that we can do something positive,” says Postma.

And its unique offering helped garner support from donor Wendy Adams, whose gift to the College has helped the garden grow from its initial 20 containers to 80. Adam’s support is also providing other experiential learning opportunities for students in the Butterfield Environment and Sustainability Stream in the Margaret MacMillan Trinity One Program, including internships, field trips and guest speakers.

Adams initially approached U of T looking for opportunities to help propagate sustainability on campus, describing environmental sustainability and learning as “the most profound issue and primary challenge of our time — it needs to be dealt with before anything else.”

She was familiar with John Robinson’s reputation and expertise in this area. “I was encouraged by Dr. Robinson’s appointment as U of T’s Presidential Advisor on the Environment, Climate Change and Sustainability,” she says.

“I met Nathan the day of the launch of the rooftop garden. He was so inspiring and articulate. Trinity had clear goals and values, paired with a pool of students who are very capable and a project that was the right size to continue addressing sustainability,” says Adams, adding, “The garden is a wonderful, quick and scalable way to seed transformation and change going forward.”

Adams, Postma and Steels all discussed the multitude of issues stemming from, or grounded in, climate change that a garden touches on: Food supply, community building, improving air quality and reducing the environmental impact of climate change. “But in the context of the College, it also provides a tremendous academic opportunity for students interested in studying correlated subjects such as nutritional value, weather conditions and soil quality,” says Adams. “Climate change can feel like an overwhelming and frightening problem, but the garden is a very approachable, engaging and hands-on way to respond to it.”

“Students in Trinity One receive advanced learning opportunities that are designed to put them on a fast-track to success in university,” says Michael Kessler, The Raymond Pryke Chair, Margaret MacMillan Trinity One Program. “Most of those opportunities take place in the classroom but with Wendy Adams’ gift we have been able to greatly expand how we teach students about sustainability. We now offer several summer research internships so that students can pursue projects stemming from their work during the year. The garden spaces at Trinity, including the fantastic Munk North roof plot, will be a key hub for these projects going forward. We want students to see their own campus as a place where they can make meaningful contributions to research that changes our world for the better.”

Trinity has long held a commitment to sustainable and green initiatives. In the last decade, the College has committed to improving environmental impact by adding solar panels on the Gerald Larkin Building, urban beehives on Henderson Tower, geothermal heating in the new Archives and a storm water reclamation system, as well as making consistent efforts to reduce energy consumption.

Though some of these projects were partially funded by donors, there has been more interest since launching the Butterfield Environment and Sustainability Stream. The stream, which just completed its first year, builds upon the College’s commitment to making Trinity more “green” by introducing an academic pillar that provides first-year students with the opportunity to learn about environmental issues early in their undergraduate careers

“The majority of our donors recognize the importance of addressing issues related to climate change. Both the Butterfield Stream and the garden have been great catalysts for having more of these conversations,” says Andrea Luchini, a Development Officer at the College. “Many of our donors see the importance of connecting with students on green issues. It’s exciting to see how unifying and engaging sustainability is at the College for current students, administration and alumni. The support of the new rooftop garden project is a great example of this,” says Luchini.

Urban beehive: In 2010, the College began hosting urban beehives with U of T B.E.E.S. Students manage the colonies, provide educational tours, and harvest the honey.

As the rooftop garden pilot project comes into full bloom, the College’s ambitions for creating an even-greener future are continuing to take root. Embedded in the success of the garden and other projects such as the solar panels and beehives, and paired with a City of Toronto by-law that mandates green roofs as a part of new building developments, community members are plotting the opportunities to green Trinity’s newly proposed student residence and academic building. (The proposed site of the new building will be centred on the current surface parking north of the Gerald Larkin Building.)

“If other students could have that same trajectory, doing something they never would have thought possible because they gained an interest in sustainability, I would consider what we’re doing a success.”

“The success of the garden is pushing us to think big,” says Postma. “Suddenly the idea of a geothermally heated rooftop greenhouse that can operate year-round doesn’t seem so far-fetched. We can’t necessarily produce all of our own food, but maybe we can grow all of our own salad greens or all of our own herbs,” adds Steels.

“We have the top students in the country here, at a point when they’re forming their values,” says Steels. “We have a long history of bright and motivated students who go on to become influential leaders. The idea that sustainability becomes a core value that students take with them in their careers and lives is so critically important in this era of climate change.”

Postma offers himself as an example of someone who wasn’t predisposed to take an interest in environmental causes, having started on a more traditional path of studying international relations.

“By being at Trinity and having conversations with friends who were studying these issues along with the mentorship of academics like (Trinity Fellows) Stephen Scharper, Hilary Cunningham and John Robinson, and having the opportunity to pursue sustainability at the College, I’ve changed my entire life path,” says Postma. “If other students could have that same trajectory, doing something they never would have thought possible because they gained an interest in sustainability, I would consider what we’re doing a success.” 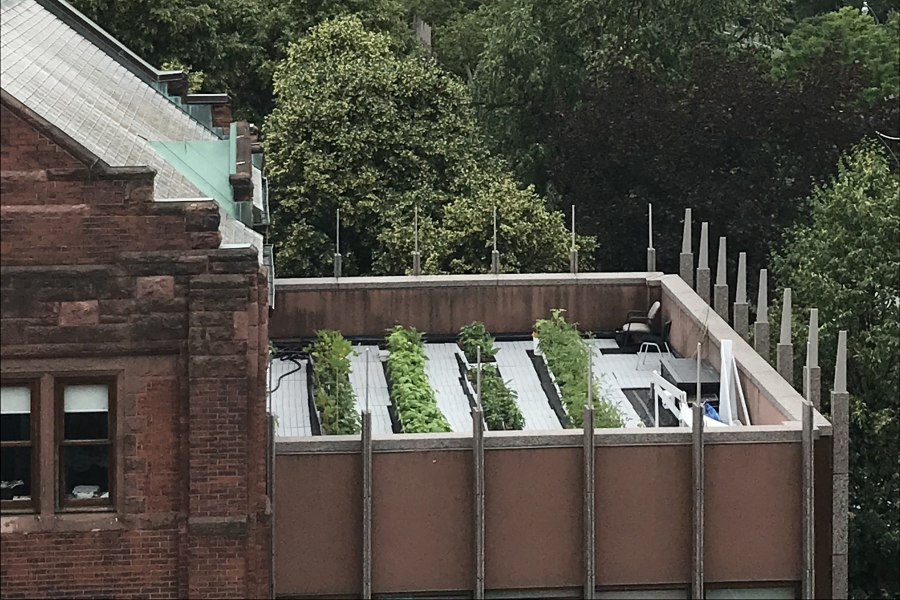 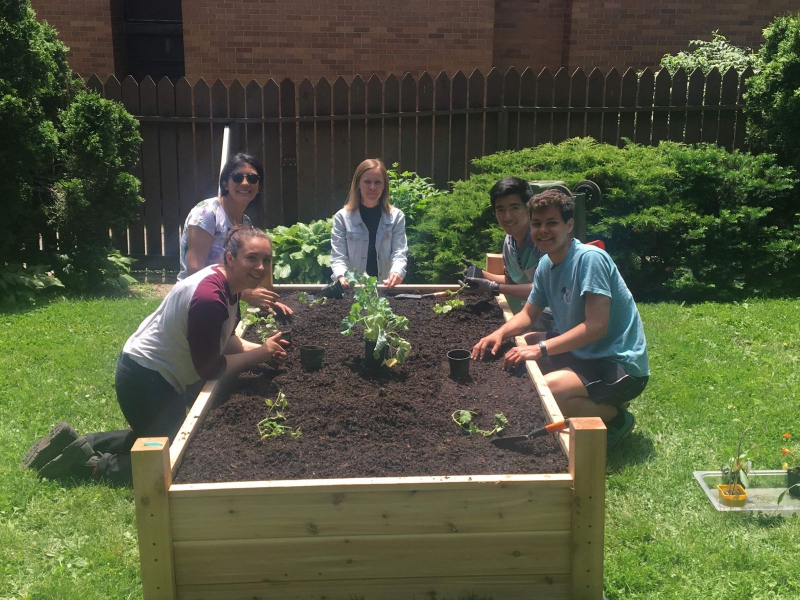 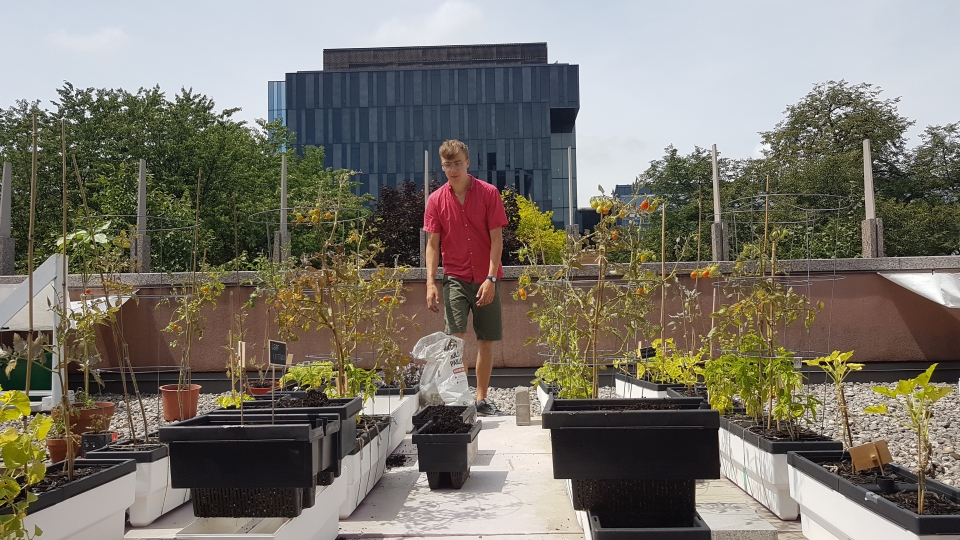 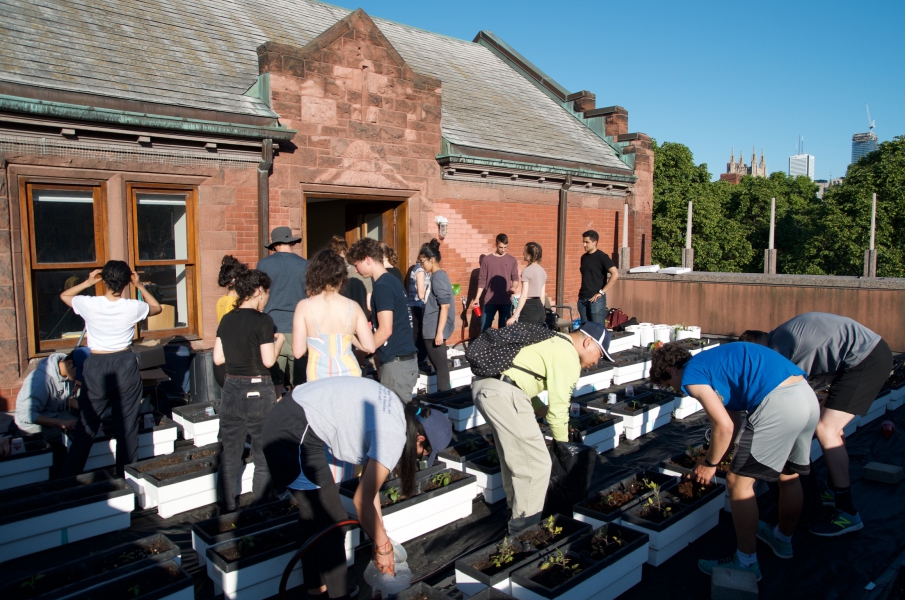 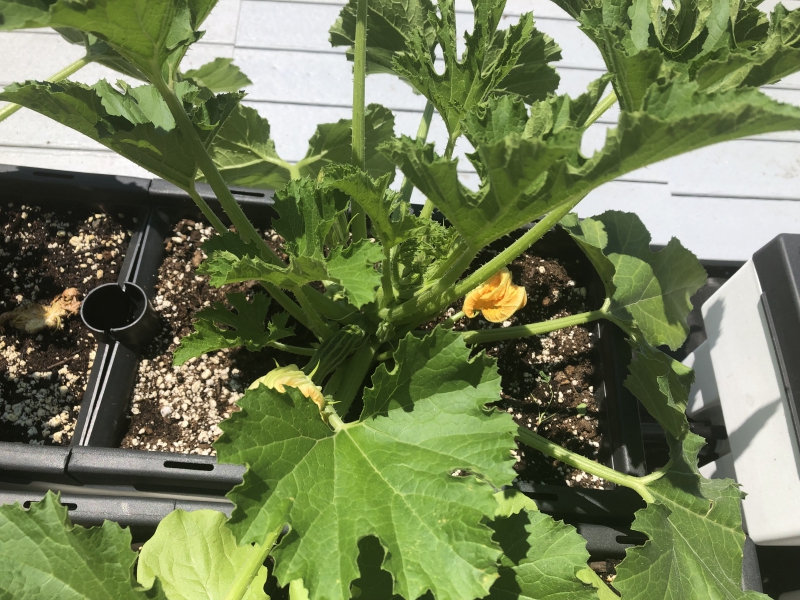 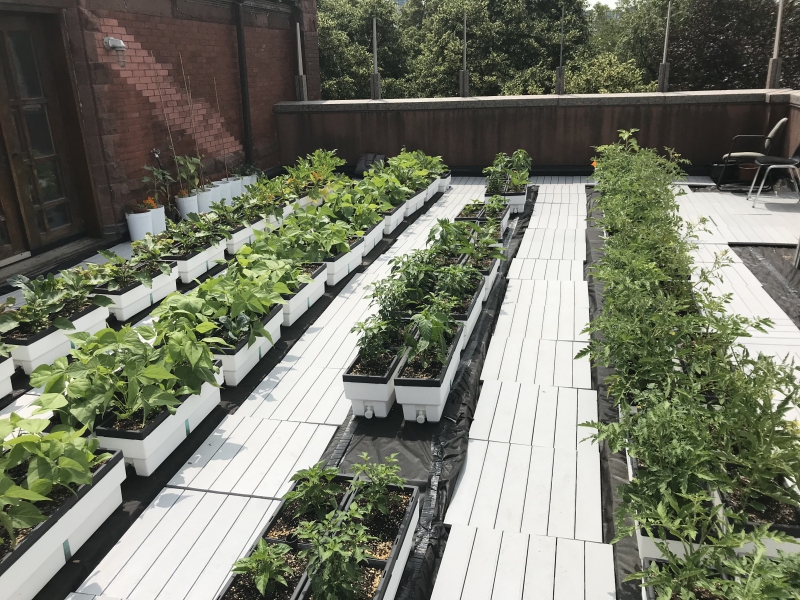 One Response to Cultivating Passion