News from classmates near and far 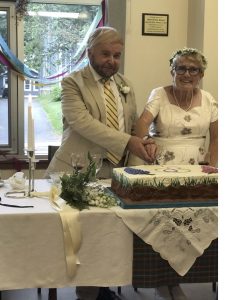 After leaving Trinity, Notere was an assistant to Prime Minister Pierre Trudeau and then to Governor General Romeo Le Blanc. He later designed the flag of the Anglican Communion, which was approved by the Archbishop of Canterbury in 1990. Father Notere went on to minister at churches in South Australia and Cyprus before settling in London, where he is currently writing his third book. He and Priscilla divide their time between their homes in the U.K., France and PEI.

Our deepest condolences go to the families, friends and classmates of these members of the Trinity community.

As published in the Living Trinity Alumni electronic newsletter June 2021